Between the Lines is a 2D side-scrolling infinite runner where the player plays as Benie Lee, a doodle a child created in class. The goal is to travel as far as possible in the child's dream as Benie Lee without jumping or falling out of the paper and avoiding erasers.

• Developed production schedule to ensure that we had the most complete game finished within a 48 hour time frame.
• Fostered productivity by attending to the needs of the team, including coffee and food runs when needed.
• Communicated with One Designer, One Audio Engineer, Two Artists, and Two Programmers to create the game.

Prepare yourself to fight against the world mightiest Sumo Wrestlers in this epic fighting game where as a Sumo you have to throw out of the ring your opponent, as you continuously fight against the computer or other player you will be unlocking new scenarios and Sumo fighters, master all the different game modes and rise to the ultimate challenge.

BETWEEN THE LINES (PRODUCER)

An evil alien race known as Space Fish have come to steal all the fish on Planet Earth. Your job is to destroy the Space Fish and save all the Earth fish.

Personal Game Jam with a small group of friends.

Developed and placed in the Google Play Store in less than 30 hours.​ 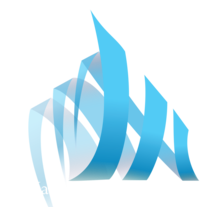 Minions of Fenrir is a 2D, side scrolling, infinite runner where the player must save their Viking kin while escaping the clutches of Fenrir and his wolf army. The Vikings long for peace, but Fenrir, the giant monstrous wolf, threatens their freedom. His minions roam the land and bring terror. But do not fret! With your help, Chieftain Ylva will distract the enemy, free her allies, and inspire her people.

Run, jump, and slash your way through the forest before Fenrir’s tidal wave of saliva catches you. Free your Viking kin, defeat the enemy minions, and survive for as long as you can. Gather items to aid your endeavor such as the Rune of Inspiration and ham. Things get fast quickly, so make sure you can keep up. How long do you think you can hold out?

This game was created during the Full Sail University Hall of Fame 48-hour Game Project.

I was just like most boys my age, growing up with the excited enchantment of waiting for the next new games release, begging my parents for an advance on my allowance so I could get the new game that everybody was playing. Then after getting my bachelor's degree in Graphic design and digital art I decided to attend Full Sail University for their Master of Video Game Design. This is where my passion for creating video games flourished. I have had the great opportunity to work on multiple teams with some of the most talented people I know. I have learned so much about each aspect of development from each of these teams. I am very passionate about making games and am looking to start my career in game development.